Fake news stories abound on Facebook. Many of these posts are produced by scammers looking to make money on the number of clicks these stories receive. Mark Zuckerberg, the founder and CEO of Facebook, says they are working to improve Facebook's ability to weed out these stories. In the meantime, some creative people have come up with solutions of their own.

A number of browser extensions exist and while they don't work 100% of the time, they can help users by flagging suspicious or untrustworthy sources. Some examples include

Video: How to Spot Fake News

Scholars have shown that echo chambers exist on social media. The Washington Post reported on this research, which focused on

"How Facebook users interacted with two narratives involving conspiracy theories and science. Users belonging to different communities tended not to interact and tended to be connected only with 'like-minded' friends, creating closed, non-interacting communities centered around different narratives — what the researchers called 'echo chambers.' Confirmation bias accounted for users’ decisions to share certain content, creating informational cascades within their communities."

A recent study of social media  sites showed that  "an echo chamber can act as a mechanism to reinforce an existing opinion within a group and, as a result, move the entire group toward more extreme positions." https://www.pnas.org/content/118/9/e2023301118 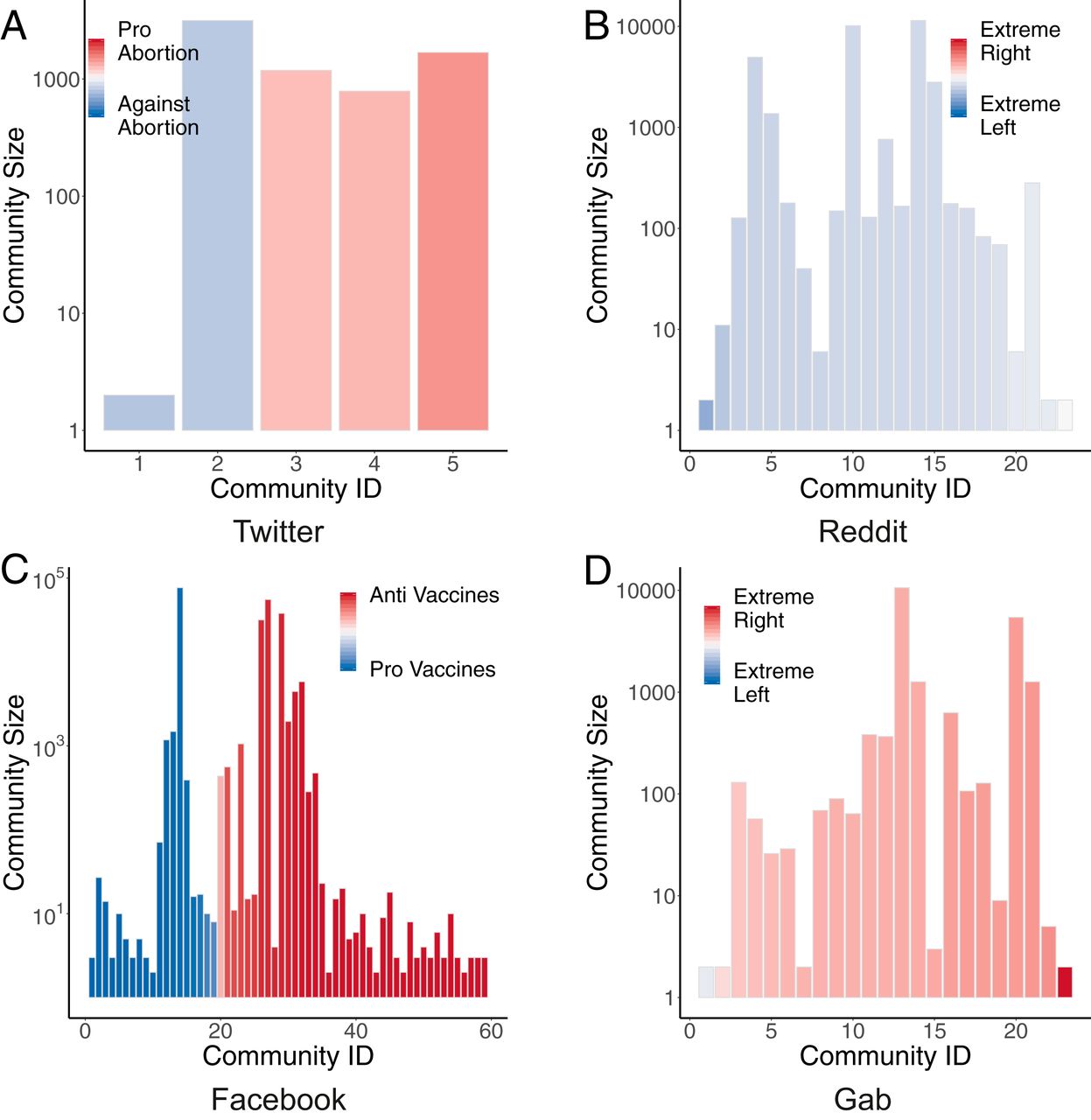 Figure 2: Size and average leaning of communities detected in different datasets. A and C show the full spectrum of leanings related to the topics of abortions and vaccines with regard to communities in B and D, where the political leaning is less sparse.