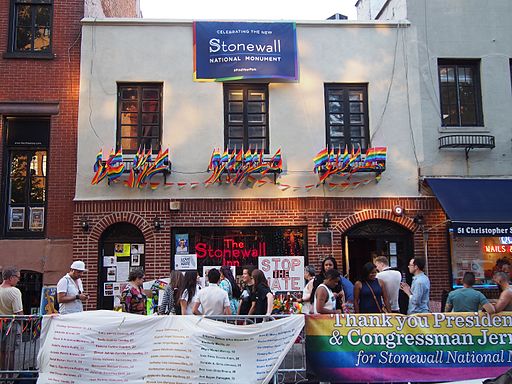 A 1969 police raid here led to the Stonewall riots, one of the most important events in the history of LGBT rights (and the history of the United States). This picture was taken on pride weekend in 2016, the day after President Obama announced the Stonewall National Monument, and less than two weeks after the Pulse nightclub shooting in Orlando.

"LGBT History Month celebrates the achievements of 31 lesbian, gay, bisexual or transgender Icons. Each day in October, a new LGBT Icon is featured with a video, bio, bibliography, downloadable images and other resources."

Based in part on SJSU ISchool LGBTQ and Pride Libguide.